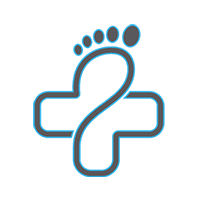 If you have an ankle fracture, want expert care by a specialist who understands every aspect of that vital joint, and live in Washington, DC, or a surrounding community, come to National Foot & Ankle Center. Our skilled podiatrists treat open or closed ankle fractures with the most effective treatment methods available. Our expertise includes emergency services. You can trust our podiatrists to relieve your pain and get you moving again as soon as possible. Contact the office today.

What are the types of ankle fractures?

Often described as a “broken ankle,” doctors typically identify ankle fractures according to the bone or bones involved in the break. For instance, the two leg bones of the ankle joint are the tibia (shinbone) and fibula. The areas of these bones that are nearest to the ankle joint are called the malleoli. These are the knobby bumps you can feel on either side of your ankle. If you’ve broken the inner portion of your tibia, you have a medial malleolus fracture. A break in the fibula is a lateral malleolar fracture.

Doctors also classify breaks according to their complexity. A simple break involves just one bone that may or may not separate the bone completely. While it’s not recommended without appropriate splinting or casting, patients often find they can still walk with a simple fracture. When several bones are broken, your ankle becomes unstable and may require weeks in a cast before you’re able to bear weight again.

What is an open versus closed ankle fracture?

Also known as a compound fracture, an open fracture is a severe break that causes a wound in the skin as well as a break in one or more of the ankle bones. The wound is often caused by a portion of the bone breaking through the skin and may be significant or appear as a small puncture wound in the region of the break. This type of fracture greatly increases the risk of complications, which includes potential infection in the bone itself. A closed ankle fracture does not involve any breaks in the skin.

What is the treatment for an ankle fracture?

An open fracture generally requires immediate surgical attention because of the risk of infection from bacteria and other contaminates falling into the wound, which may affect the bone as well as the surrounding soft tissue. An infection in the bone can lead to long term and serious medical complications requiring multiple surgeries and hospitalizations.

Thus the wound, surrounding tissues, and affected bone are cleansed thoroughly during surgery and the bone is then stabilized. Stabilization often requires pinning or screw placement to hold the bones in place as they heal.

Treatment for closed fractures varies according to the severity of the break. A simple fracture may respond to a few weeks of wearing a splint or special shoe or several weeks of casting to keep the bone immobile as it heals.